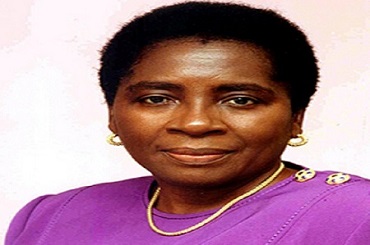 Chair, Board of Trustee

Mrs. Abisola Gabi-Williams was educated at the University of Ibadan (1964), University of Lagos (1967), University of Bristol, UK (1974), Royal Institute of Public Administration, London (1978), and Faith Christian Theological Seminary, Sango-Otta, Ogun State (1991-1995). During her long and distinguished career she held numerous, high-profile public appointments, including Permanent Secretary, Federal Ministry of Finance (January 1987 to June 1988), Director-General, Police Affairs Department in the Office of the Presidency (1988 to 1991) and Director-General, Federal Ministry of Transport and Aviation (1991 to 1994). She is also a director of Bureau Veritas Nigeria Ltd, an international shipping company. Mrs. Williams received a great number of awards and recognition for her service to Nigeria. These include the National Distinguished Merit Award in Transportation, from Ogun State University, Ago Iwoye (1996). She is the author of two Christian books: “Prayer: My Survival Kit in the Journey of Life” and “The Blood of Jesus Christ”, both of which received critical acclaim.