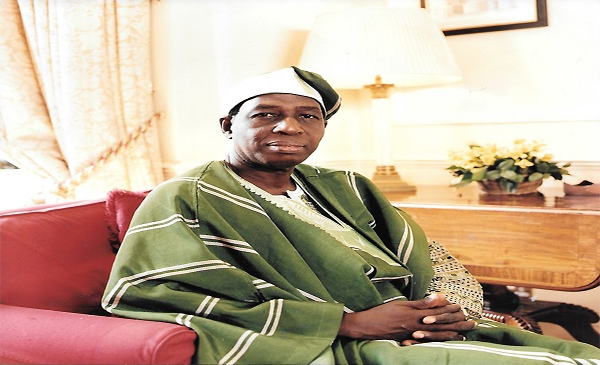 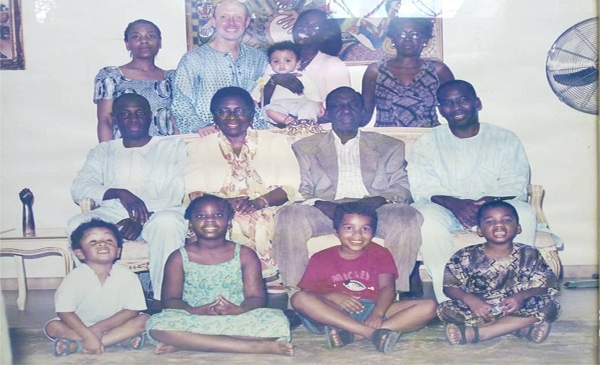 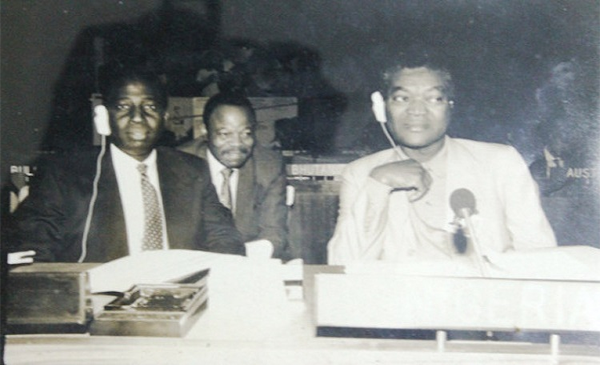 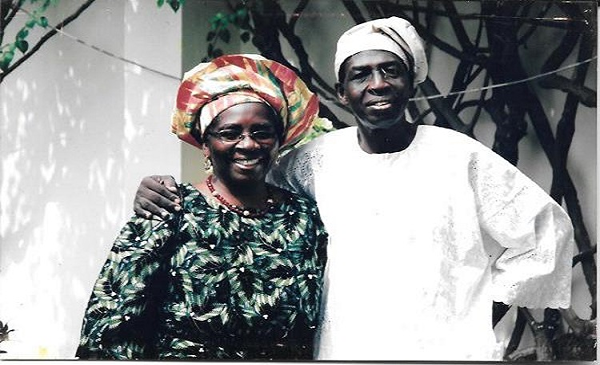 Dr. Gabisiu Ayodele Williams was born in Lagos on September 11, 1937. His father was Oseni Williams, a respected licensed surveyor and son of a successful textile merchant Lawani Williams of the lineage of Jadiara Williams. His mother was Alhaja Wusamot Shobayo, a prosperous and flamboyant textile merchant, well-loved and known across Lagos as ‘Mama Gabi’. He was educated first at Ansarudeen Primary School, Alakoro, Lagos and then at the Methodist Boys’ High School, Lagos. At both schools, Gabi was known as cheerful, ‘full of pranks’ and for being good at maths and sport – table tennis being his preference. He later proceeded to England to take his A levels in one year at Sir John Carrs in London and went on to study medicine at St. Mary’s Hospital Medical School, London. At St. Mary’s, Dr. Gabi Williams was known and admired for his warm sociability and his infectious laughter. He was recognised as having strong academic capabilities and was (a later irony) known for having an excellent memory. He graduated in 1963. He did his post-graduate work at the Johns Hopkins University School of Hygiene and Public Health, Baltimore, MD, USA.

Dr. Williams held a number of important public appointments, including, among others, Medical Officer of Health, Lagos; Chief Health Officer, Lagos City Council; and Director, Disease Control and International Health at the Federal Ministry of Health. He also taught public health at the Universities of Lagos and Ibadan.

His legacies are many: at the City Council as M.O.H, Dr. Williams spearheaded the war against cholera that was decimating lives in Lagos, by means of two major initiatives that were adopted first as Public Health policies in Lagos State and then throughout the states of the Nigerian federation persisting up to today. The first banned the hanging of ram carcases overnight during the Ileya Festival. Dr. Gabi Williams helped save countless lives by sensitising the Moslem community (to which at the time, he belonged) about the health risks of hanging rams overnight. From his tenure onwards, rams were killed and their meat shared on the same day. The second involved the prohibition of the use of pails for human waste disposal. The outcome of this crucial move was the widespread use of the water closet and the provision of pipe borne water in Lagosian homes. At the Federal level, Dr. Gabi Williams established the Environmental and Operational Health Division at the Ministry of Health, Yaba, joining forces futuristically with environmental activists across the globe to ensure the health of industry workers against pollution and the effects of rapid urbanisation.

While at the City Council, he encouraged and ensured that his subordinate doctors acquired post-graduate training at the best institutions such as his alma mater, Johns Hopkins (School of Public Health) in the US and the Universities of Glasgow and Liverpool in the UK. He enjoyed the reputation of being a good leader, knowing how to lead whilst respecting the views of others. He was known to be a kind and modest colleague, a joy to work with and was especially loved by the senior nurses to whom he showed a deserving respect. While at the Lagos City Council, he was distinguished as the only head of department who annually published public health reports of the city of Lagos. The reports were internationally recognised and used as a resource notably by Johns Hopkins, and also by World Health Organisation (WHO) and other stakeholder institutions. At the same time as he was at the City Council, Dr. Williams also enjoyed popularity as a radio doctor (public health information), and as a writer, contributing a regular health column to the Daily Times.

During his tenure as Federal Director of Disease Control, Dr. Williams introduced the innovative and wildly popular Health of the Executive programme, which eventually gave birth, decades later, to his bestselling book, The Health of the Executive. The annual programme, which held for almost seven years, saw leading lights of Nigeria’s industrial, public service and intellectual establishment convening at a retreat held at ASCON, Badagry. The retreat comprised five days of health check ups and health counselling, as well as sports and games. All under the charismatic, and humorous leadership of Dr. Gabi Williams.

Dr. Gabi Williams represented Nigeria at international meetings and conferences, including the Executive Boards of WHO and UNICEF. He was for two years Chairman of UNDP/WORLD BANK/WHO Special Programme of Research and Training on Tropical Diseases. Dr. Gabi Williams also published articles in medical books and journals. He is the author of the highly successful health information book for lay persons House Doctor (Health and Medical Problems Explained) and The Health of the Executive (Executives’ Health Problems Explained). Both books are published by Academy Press (West African Book Publishers Ltd).

Dr. Williams was Fellow of the Economic Development Institute of the World Bank. He retired voluntarily from the public service in October 1993. For a brief period after his retirement, Dr. Williams held the position of Chairman of the Medical and Dental Council of Nigeria.

This clear and great thinker, a man well-known for his excellent memory, a brilliant sportsman who rose to become Chairman of the Boxing Association of Nigeria, was suddenly and unexpectedly afflicted in the places of his greatest strengths. In 2008, at Columbia University Medical Centre, Gabi Williams was diagnosed with Alzheimer’s disease. Alzheimer’s is a degenerative condition of the brain which leads to gradual loss of memory, loss of thinking skills and gradual loss of movement.

On September 11th 2017, the occasion of his 80th birthday celebrations, which he briefly and memorably attended, the Gabi Williams Alzheimer’s Foundation (GWAF) was inaugurated by his family in his honour at the Metropolitan Club, Lagos.

Gabisiu Ayodele Williams, whose memory will be cherished forever, died peacefully in the afternoon of Friday 27th July 2018 after a short illness. He is survived by his loving and devoted wife, Bisola Williams, four loving children and six grandchildren.